Welcome to my humble website.
I am Sausboss, and my hobby (one of them) is to make hot sauce.
And of course watching people eat the sauce. And what happens after that…

For most people, the sauce I make would be too hot, but we have all seen the rising popularity of hot sauces over the last couple of years and even YouTube shows dedicated to people answering questions while eating hot wings of death.

Sausboss is a little bit more humble. I make one type of sauce. I sell one type of sauce. And I have 100% confidence in my product. It took me more than 2 years of experimentation to get to where I am now.
In the webshop you can order the sauce in two different sized bottles, choose the one you like.
The ingredients are simple and non-chemical.
This is 100% artisanal hot sauce, homemade, in my own kitchen, with pain-staking care and sometimes tears if I make a mistake. 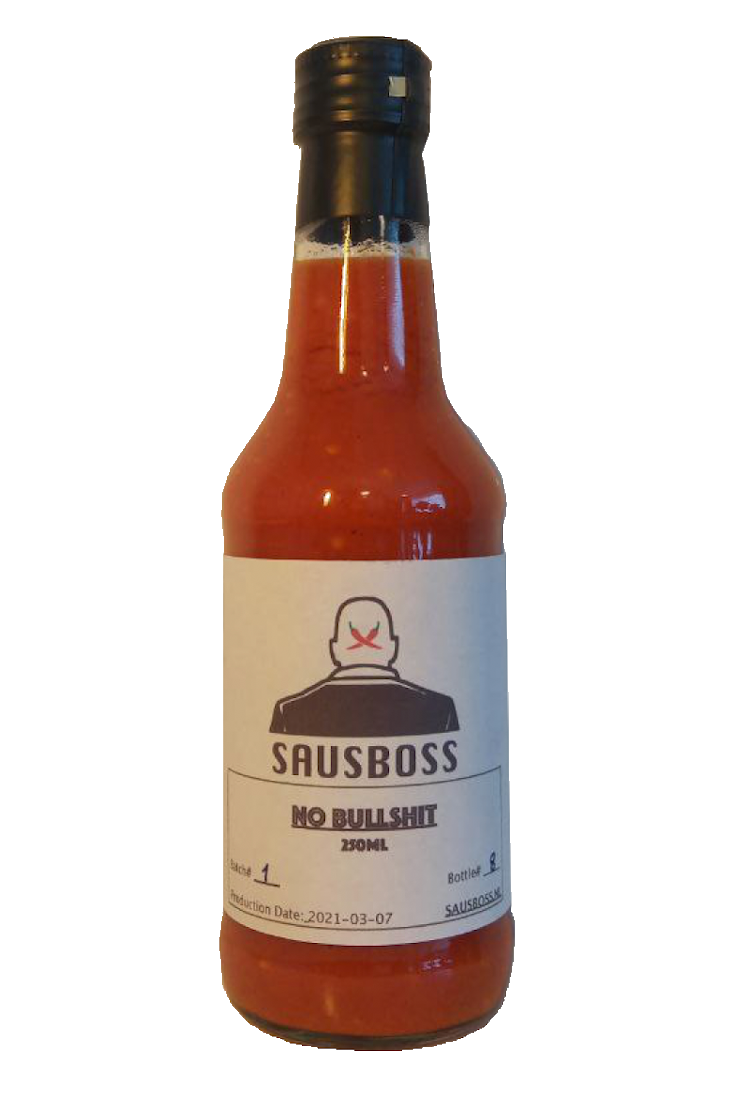 So, how did I get here, you wonder?

Several years ago, I was doing some research into foods that would boost my health and immunity. Something I could eat regularly to maintain a good supply of the right vitamins and minerals in my body. Something other than bloody vitamin pills.
Naturally, I came to reading a lot about fruits, vegetables, and spices that are considered “superfoods”. Things like garlic, cinnamon, goji berries, galanga, spinach, onions, ginger, cayenne, cloves, etc.

One day, while searching for “tonics” and “health boosters”, I came across an article that referenced a “super tonic” that was apparently used by thieves during the time of the Plague in Europe. This was a horrible time in history, when millions were dying. However, according to this legend, these thieves were able to survive this period while of course robbing people’s houses. Most people were either too afraid or sick to deal with burglars, so they were quite successful. But the moral here is that they were using a ‘tonic’ every day that apparently boosted their immune system somehow that they didn’t catch the Plague. Another name for this stuff is “Fire Cider”. 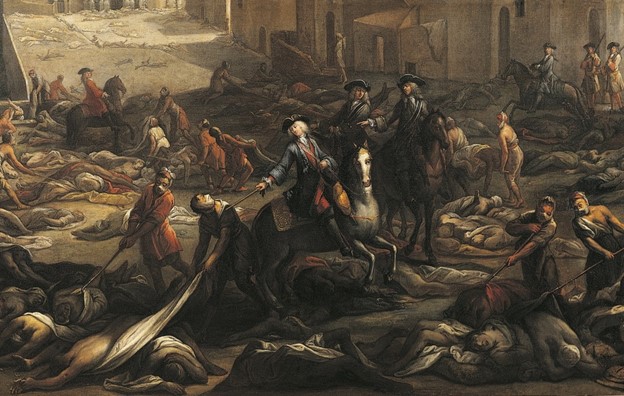 Scene from “The plague in Marseilles in 1721” by Michel Serre. The Great Plague of Marseilles was the last large-scale European outbreak of the disease. Photo by DEA / G. DAGLI ORTI/via Getty Images

Being a man of science, I called bullshit on that, but the tonic’s ingredients intrigued me.
It got me into research mode.

So, I gathered the ingredients, which included garlic, onions, pepper, cayenne, cloves, the hottest chili peppers you could find, and vinegar. The point was to chop it all up and mix it, and let it sit in a glass jar and ferment for about a week.
After that, you were supposed to have a tablespoon of that juice in the jar every day.
I can tell you that I didn’t make it past the second spoon.
It sucked. It tasted bad. Fire Cider is not nice.

I resolved to never eat or drink something like that again.
Something that is good for my health should also be good for my taste buds.

I went back to the drawing board. This time, leaning more into the research on hot chili peppers.
No, not the band.

To my satisfaction, I found more and more studies that confirm spicy food as immuno-boosters and parasite killers. There are a lot of
other spices and herbs that do these things, and you can ask me about them (I’m also well-read in natural remedies etc).

So, I had a direction – spicy – but what now? How do I build on that to make something I can eat every day and still enjoy? (And not feel sorry for my
taste buds)
Another stroke of luck: a gift!

I received a gift from my brother, a bottle of hot sauce from his homeland, Canada. This was some standard hot sauce available in his local supermarket in Waterloo, Canada. It wasn’t anything special, but DAMN it was tasty!
I had found my muse!
The ingredients in this sauce were so simple that I just decided then and there to make it myself. Thus began my prototyping stage.

I started with the basics: 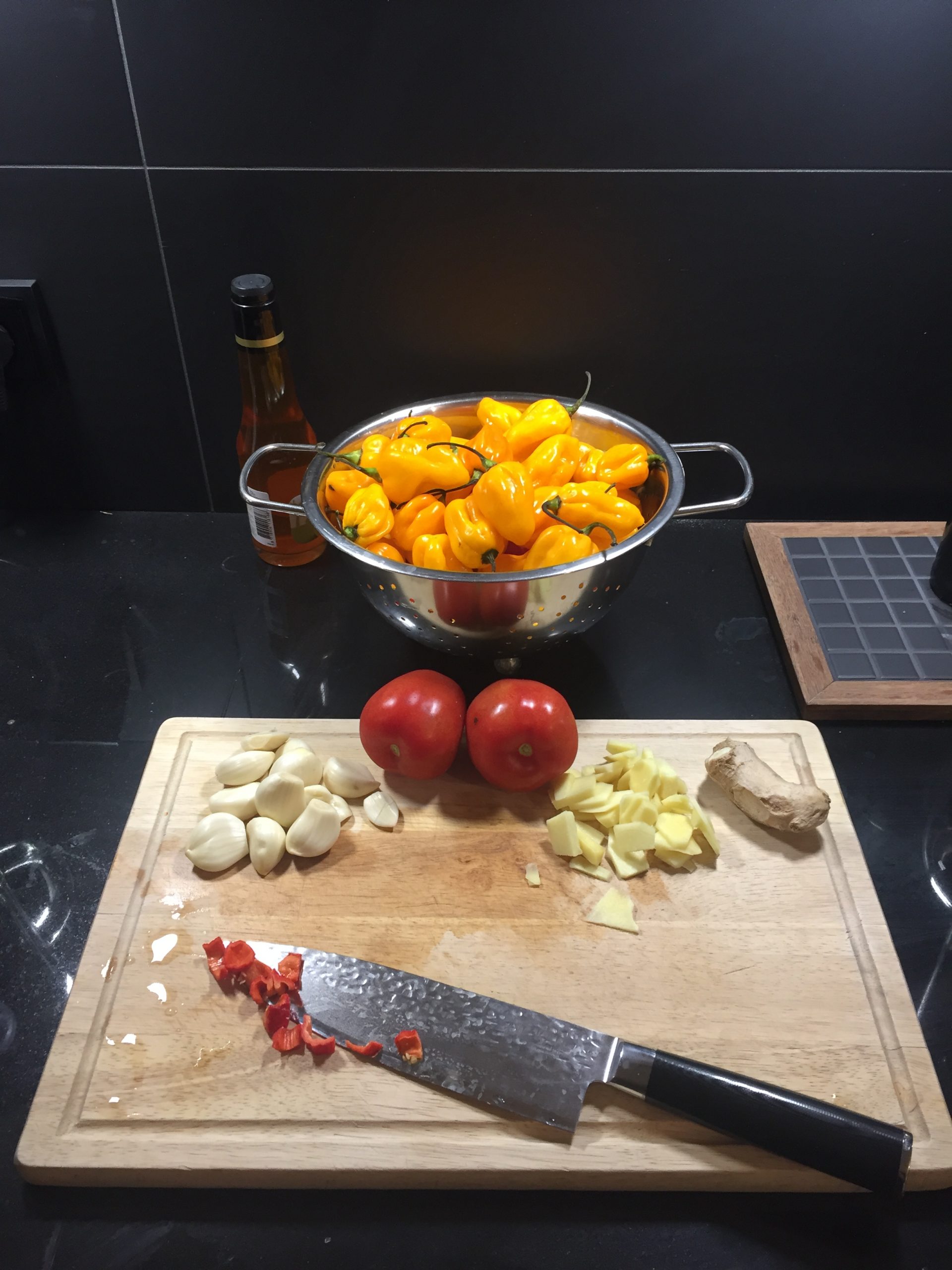 I put all of this into a blender and hit Ludicrous Speed.

The resulting sauce wasn’t bad. A little watery, but spicy and tasty enough to use on some stew or pasta bolognese.
I had found a base.

During the following iterations of sauces, I discovered new combinations, adding new ingredients that I considered essential to health boosting.
I also found that some flavours didn’t work well together. So, I took some things out.
And in one special case, the vinegar, I found that there is one type of vinegar that is pretty much a ‘must’ in a healthy diet, and that’s apple cider vinegar. The health benefits of consuming this vinegar are manifold. Look it up. And the best part is: it serves as a great preservative together with the salt.

Fast-forward one year, and I’m making liters of the stuff, giving it to friends, taking it with me to my normal day job and sharing it with colleagues. I didn’t have any specific bottles for the sauce, so I was reusing old whiskey bottles from home to put in the office fridge.
Many of those who tried, couldn’t stop eating it. They asked when more was coming, or if I took orders. They would even pay me!
I took this as the first sign. Maybe I was onto something.

A few more iterations, and here I am. The Sausboss.

Where does the name come from?
A colleague and dear friend came up with this and it stuck. (You know who you are amigo)

I don’t have a factory or staff. It’s just me, in my very clean and modern kitchen, making hot sauce.
This brings with it a few limitations, like time of preparation and shipping.
Believe it or not, I still have a full time job, and most days it’s a little more than full time. I work for a global software company. So, that.
Depending on how many orders I get, that’s how much stock I will have.
I have decided to start off with a set cadence of production and shipping.

Q: When do you ship the sauce?
A: I decided to start with a “once per week” shipping day. I’m open to feedback on when is the best day, but for now I’ve decided it would be on a Monday. This way the product gets delivered to you when it’s the freshest. Agreed?

Q: What if I make an order on Monday? Can I still get it shipped that day to me?
A: Yes, if you manage to make an order before 12:00 and I have enough stock, I will add your order to the batch.

Q: If I make an order on any other day of the week, when will I get my hot sauce?
A: Your order will be placed on the waiting list queue. Then depending on the length of the list, your item will be shipped accordingly. I will try to be as transparent as possible about the queue so you can see what your number is in the line. As said above, I make shipments on Mondays. If you order on, for example, Thursday, you will most likely get your sauce on Tuesday or Wednesday.

Q: Where do you ship to? Which countries?
A: I only ship within the Netherlands at the moment. If business picks up, I will expand to other EU countries.